Manteca de cerdo Lard is a semi-solid white fat product made by rendering pig fatty tissue. It differs from tallow, a similar product derived from cattle or sheep fat. Lard can be produced through steaming, boiling, or dry heat.

Lard is melted pig fat that is used as a cooking, baking, and deep-frying fat. It has a creamy white color and a flavor that can range from mildly porky to neutral, flavorless, and odorless, depending on the variety, brand, and method of production.

Lard has a shelf life. These times are only for the highest quality. Lard keeps its quality for about six months at room temperature and a year in the fridge, regardless of when it is opened. All sticks and containers have best-by dates that are easily exceeded, especially if refrigerated. 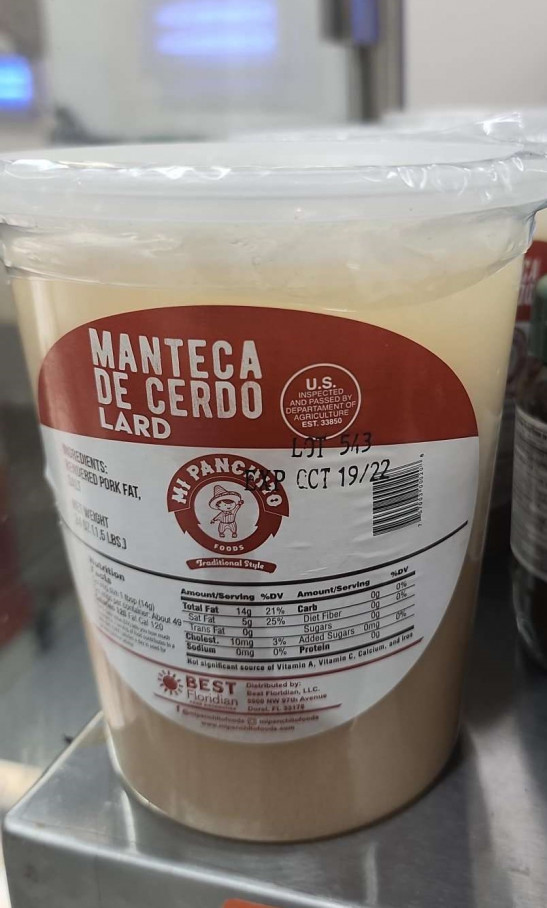 ✵ Fat is your friend.