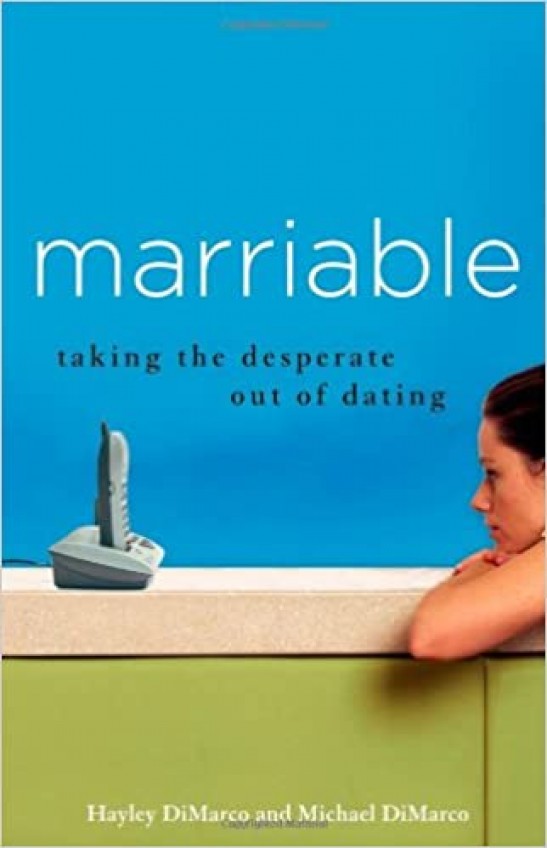 Many single adults don't realize how their actions and their communication style could be having a negative affect on the opposite sex. Popular thinking about dating identifies certain "rules for success" for today's singles. But the results are in, and popular thinking isn't working. Rather than attract the opposite sex, popularly promoted roles and actions often leave singles looking desperate while sending potential dates the opposite direction. In Marriable, Hayley and Michael DiMarco ask the question, "You aren't desperate so why are you acting like it?" With creative chapter titles like "They Just Might Be Out of Your League" and "How Being 'Just Friends' is a Waste of Time," the authors explore everything from internet dating to commitment-phobia. Writing with wit and humor, Hayley and Michael discuss the differences between men and women, what those differences mean in a dating relationship, and ultimately how to find and be a "marriable" person. With short, accessible chapters that tell it like it is, Marriable will be appreciated by men and women alike.

If Love Is A Game, These Are The Rule | Book For 10 Rules

For Women Only : What You Need To Know About The Inner Lives Of Men

Ending The Search For Mr. Right: By Michelle McKinney Hammond

Marriable: Taking The Desperate Out Of Dating By Hayley DiMarco